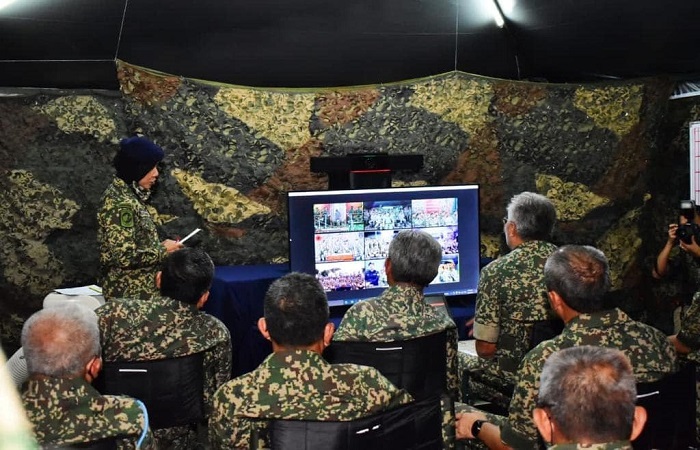 It is in line with the theme of the 89th Malaysian Army Day, "The Malaysian Army's Family Well-being a Priority, Nation's Sovereignty Guaranteed," which emphasises the aspect of its members' well-being and welfare in maintaining morale and spirit to better perform their duties in protecting national sovereignty and interests.

Apart from that, the Malaysian Army Chief and the Army Eastern Field Command Commander also had the opportunity to hold a special video conference with Formation Commanders and Malaysian Army members who are operating locally and abroad, such as MALBATT 850-9 in Lebanon, TPA-16 in Mindanao, Philippines, and all TD Core Operations in Malaysia.

To make this ceremony more meaningful, it was further celebrated with the Hari Raya tradition of presenting duit raya to more than 50 children of Malaysian Army members who were present at the event. The uniqueness of this celebration was the Hari Raya decoration of the villages in Kampung Kubota, which concluded with a spectacular fireworks display.