RKMAT TO MEET THE NEEDS OF MAF PERSONNEL 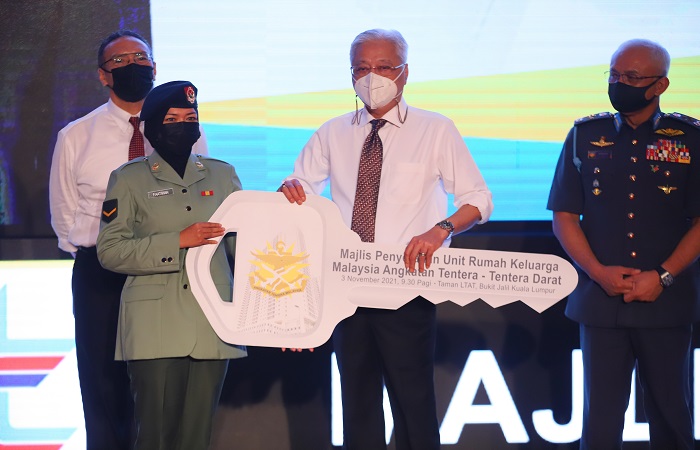 The RKMAT initiative is in line with the Prime Minister’s vision and aspirations in the context of Malaysian Family well-being, namely Prosperous, Inclusive, and Sustainable Malaysia.

This aspiration is to ensure every Malaysian and members of the Malaysian Armed Forces (MAF) from various races, religions and backgrounds, to have conducive living facilities, along with enjoying their daily life, while carrying out duties for the country.

The Defence Minister stated that the government through Defence Ministry is drafting the Housing Blueprint 2.0 with the main goal of building 28,033 comfortable and conducive RKMAT units from 2021 until 2030. As announced by the Prime Minister, the figures include a total of 8,852 RKMAT units which will be allocated to the MAF, under the 12th Malaysia Plan (12MP).

Currently, 1,509 of the RKMAT units are under construction, while 7,343 others are in the procurement management process. The completion of 2,000 RKMAT units in Bukit Jalil are expected to meet the 85% of the MAF personnel housing needs in Klang Valley.

In this event, Prime Minister also witnessed the signing ceremony of the Sale and Purchase Agreement involving both the Armed Forces Fund Board (LTAT) and Federal Lands Commissioner for the purchase of the RKMAT mentioned units.

The agreement between the LTAT and Malaysian Army has sealed four blocks of 38-storey apartments on 8.194 acres of land, with an area of 850 square feet of each unit, at a total cost of RM 560 million.