THE END OF THE MALAYSIAN FIELD HOSPITAL OPERATION AT COX'BAZAR, BANGLADESH 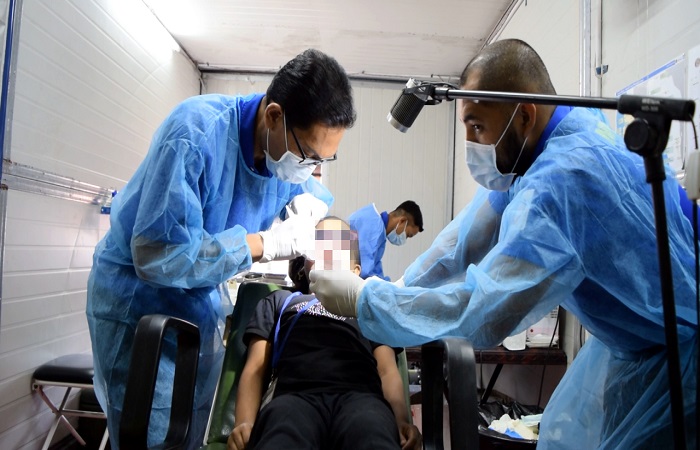 KUALA LUMPUR, Oct 21- The Malaysian field hospital in Cox’s Bazar, Bangladesh, has ceased its operations in March this year, much earlier than its initial end date of December 2021, as the main mission of its establishment to help the Rohingya refugees has been successfully accomplished.

The cessation of the operations, however, did not affect Malaysia and Bangladesh bilateral relationship, as well as the country’s image.
The Government of Malaysia had established the Malaysian Field Hospital (MFH) in Cox’s Bazar, Bangladesh in November 2017 for the purpose of providing humanitarian aid to Rohingya refugees who have fled to Bangladesh following the conflict in Rakhine, Myanmar.

This mission was a short term plan to lessen the burden and stabilise the condition of the refugee camp especially in the healthcare aspect of the Rohingya refugees.

The MFH was manned by 56 personnel on a rotational basis which consisted of 20 Malaysian Armed Forces (MAF) officers, including eight physicians, 30 members of other ranks of the Royal Medical Corps, and six civilian nurses.

Until March 2020, the MAF had sent five medical teams to the MFH. The MFH became the primary focus for Rohingya refugees to seek treatment since it was the only field hospital capable of providing Level 3 services at that time, even though it was located outside the refugee camp.

Among the services provided were general surgery, orthopedics, obstetrics and gynecology, anesthesia, x-rays, and other key treatments such as family health, emergency, dental and radiology as well as laboratory.

As a responsible member of the international community, Malaysia is deeply concerned about the Rohingya humanitarian crisis and will continue to play a role in highlighting Rohingya issues at regional and international levels, including through bilateral and multilateral platforms, particularly in finding long-term solutions to these issues.